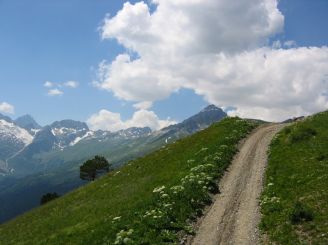 It so happened, we’ve never been to Greece. However, its culture, cuisine, architecture and ancient history have always been interesting for me and my husband. We are also fond of climbing and extreme rest. Our dream was to climb Mount Olympus. We’ve seen so many photos of this mythical place, where, according to legends, gods lived. Zeus the Thunderer reigned here, rendered justice, punished the unworthy… no mortal would dare to get into his world. And we did!

Our cherished dream came true this summer. With no climbing experience, but being blessed with fearlessness, we decided to conquer the highest peak of Olympus – Mytikas of 2917 metres high. Other high peaks of Olympus are Skolio (2914 metres), Stefani (2905 metres) and Skala (2866 metres). Each peak has its own climbing route. We had planned to conquer Olympus in two days:

Day 2. From Refuge A to the peak of Skala, and then to Mytikas. 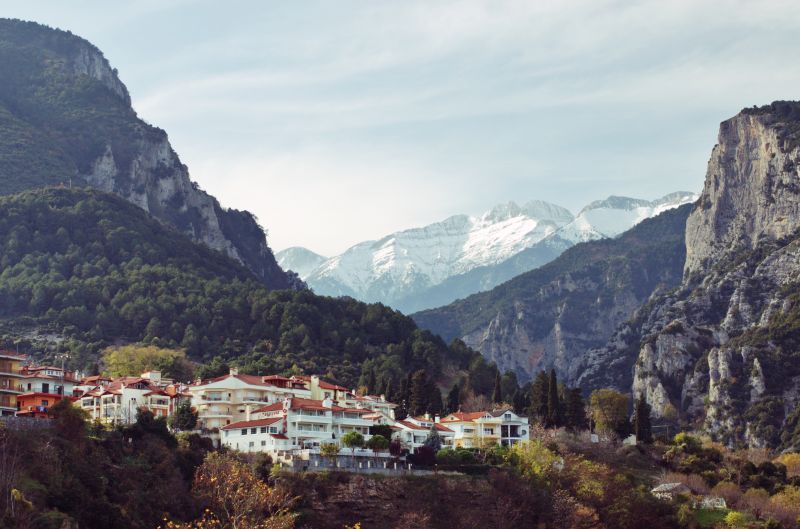 We started our ascent from the town of Litochoro, where we provided ourselves with water. Then we drank a cup of strong Greek coffee in a cosy cafe. By the way, according to the myth, it was in Litochoro, where Zeus, an unfaithful husband of goddess Hera, dated beautiful women on the earth. Well, we're on our way to Prionia located at an altitude of 1100 metres above sea level. We considered three ways to get to Prionia: by taxi (which is not cheap), by bus and then catch a ride, and by car. We decided to take our four-wheel friend. The road to Prionia is quite good: 18 kilometres of serpentine, 17 kilometres of which are covered with asphalt, and the last kilometre is an earth-road.

On arrival to Prionia we were so excited to meet the ruler of Olympus! The thrill of waiting had become stronger, but we decided to stop for 30 minutes in a local cafe to gain strength before climbing. My husband left the car in the parking lot and we went to have a meal. Local cafe offers various dishes of Greek cuisine. Portions are quite big there, so I had to give half of mine to the husband. At the cafe, we met a couple from France. They told us their unforgettable experience of conquering Mount Olympus. They kindly gave us their trekking poles, a useful accessory when climbing.

Our route from Prionia to Spilios Agapitos Refuge was part of the E4. Along the path we saw the road signs showing us we are on the right direction. However, these signs didn’t show us travelled distance. On our way we met wonderful brightly coloured lizards, huge boulders, and sometimes fallen trees. It was a nice surprise to see a bench on the path, so we had a rest and moved further. A wonderful sight awaited us ahead: gray-white clouds enveloped the mountain top. We could not believe our dream was becoming true... In the distance we saw the refuge. 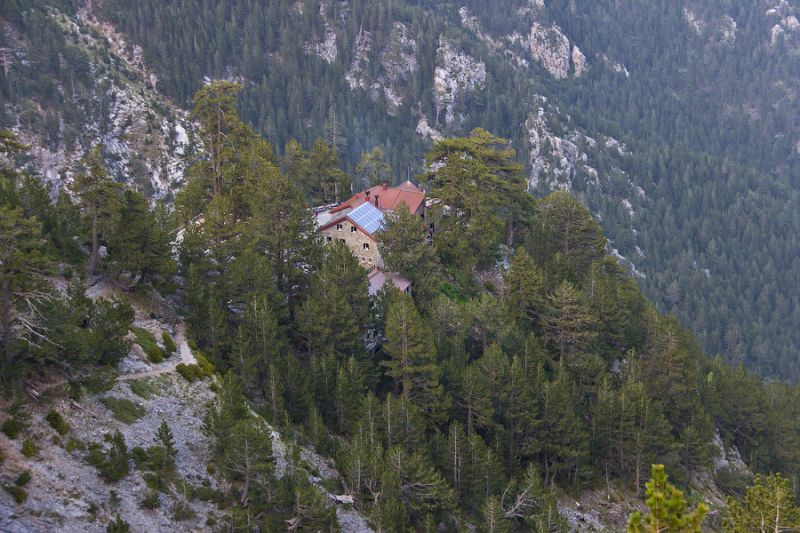 That gave us a second wind to reach it faster. It took us about 3.5 hours to get from Prionia to the refuge. By the way, we often stopped and took photos. Views are so beautiful there, I couldn’t stop photographing.

Spilios Agapitos Refuge impressed us. It was a real mountain hotel at an altitude of 2100 metres. Sleeping rooms, a dining area, and a fireplace were at our disposal! We were warmly greeted and accommodated in a room with bunk beds. It is such a pleasure to spend an evening next to the fireplace sampling Greek salad and bean soup, and sipping herbal tea. At 22:00, light was off, so we went to sleep. It was a long way to get there, so we had a deep sleep... the next day was expected to be even more interesting!

First of all we know as the birthplace of Denmark a great storyteller Hans Christian Andersen. His Mermaid has become a symbol of the whole country, as the Eiffel Tower or the Statue of Liberty.

Seychelles - an island nation, uniting more than one hundred islands in the Indian Ocean, located near the equator and the coast of Africa.

In the north-west coast of France, there is an island often referred to as the eighth wonder of the world.
Feedback