Slum Tourism: Another View of the World 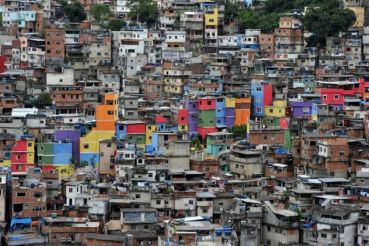 Slum tourism is gaining more and more popularity in the world. It’s also called “poorism”. Tourists visit life attraction in slums, where a great number of people cabins without light, water, sewage system and other standard conditions. They visit places where they cook on oil stove and eat leftovers, where there is dirt and lots of garbage, fume and stink… Abject poverty is obvious, and even the police force are afraid to visit those places. It makes an impression of a faraway past. Why people are so much attracted by those tours? For many of them it is an opportunity to re-consider their attitude to life, to see the world with eyes of those who live in the streets, understand that there are other people who live in much worse conditions, and to help those who need it in the first turn…

Slum-tourism appeared in the second half of the 19th century in the slum areas of London. But popularity it gained only nowadays. And cinema played here a big role. For example, Indiaattracted many tourists by eight Oscar awards winning film “Slum Dog Millionaire” directed by Danny Boyle. The film tells the life story of 18-year old orphan from the slums of Mumbai, the biggest ones in Asia. A number of slum-tourists in Brazil grew dramatically after the film “City of God” about the poorest areas of Rio-de-Janeiro. There are many people who want also to visit poor areas of Sao-Paolo. In general, about 65 million people live in Brazilian slums. Slum-tourism is also actively growing in the capital of Kenya Nairobi where there are the biggest slums of Africa, in South African Republic, and especially, in Johannesburg, as well as in Cambodia, Mexico and Bangladesh.

Guided tours are normally walking tours, with small groups of tourists. Walking independently in many poor areas is very dangerous. It is much safer to see the neighbourhood being accompanied by homeless and beggar guides. They know a local relief very well, and "slum" hooligans don’t bother travellers accompanied by them. Many companies, which organise reality tours prohibit photographing without permission of slum residents as it can cause their negative reaction.

"The inside out of cities" exist not only in third world countries, but also in the USA, Europe, and Australia. For example, in Chicago, you can go on a tour to "black areas", the poorest ones in the city. In New York, tourists can visit East Harlem and Bronx. In Prague, London and Amsterdam yesterday's tramps can confidently guide on slum trails. In Gothenburg, for a small fee you can sleep in a sleeping bag on a park bench or in an abandoned building next to local homeless people.

Slum-tourism is normally not expensive, $5-20. Very often, a part of money is transferred to Charity Funds and goes to improve the living conditions of poor people, their education at public centres or schools. For example, a tour in London costs 8 – 10 pounds, 80% of the amount is paid to a homeless guide, and 20% is donated to a voluntary organisation, which helps homeless people to get cloth and other things. A tour to the landfills near the Mexican city Mazatlan is generally free; however, travellers bring sandwiches and bottles of drinking water to local beggars.

There are ongoing debates about the ethics of slum tourism. The opponents say that disadvantaged people become like a show and showing their life to other people causes a certain discomfort to them. The proponents highlight the importance of having a window into the real world of poverty and misery often forgotten by wealthy people. For slum residents it is an opportunity to get some support, and for tourists – to help people in need.

Old things and new things are combined in a very exotic way in Malaysia.

The Blessed Land of Sri Lanka

The land of Sri Lanka lay in South Asia not far from the Hindustan coast.
Feedback