Iceland: a land of geysers and waterfalls 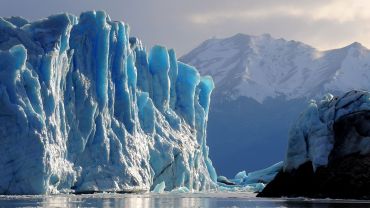 Iceland is a land of fantasy. It has waterfalls, geysers, majestic volcanoes, small lakes and rivers, scenic fjords with rocky shores, relict flora, rare species of birds and desolate deserts of rocks. The nature of the region is unusual, fantastic! The soil itself provides delicious bread, which is explained by the fact that the land in some volcanic areas is so hot that completely replaces the oven. The dough is placed in the soil in a container and a bread loaf – "volcanic" bread with a sweet taste – is ready the next day.

This amazing island owes its appearance on the world map to volcanoes, their tectonic energy. No other country has so many volcanoes on such a small area. Vulcan Snæfellsjökull even was lucky to be depicted in A Journey to the Centre of the Earth, a novel by Jules Verne. A volcano Eyjafjallajökull seriously alarmed Europe by its eruption in 2010. The following Icelandic anecdote was popular at the time: "The Mayan civilization predicted that the volcano would stop its eruption only when all Europeans will learn to pronounce the word "Eyjafjallajökull".

Geysers feel home here. Even the word itself originates from here and means "spurting out". The most famous valley of geysers is Haukadalur. The largest geysers in Iceland are located here. They are Geysir and Strokkur. Geysir was discovered at the end of the 13th century. According to historical sources in 1630 Geysir was spewing water with such a strength and speed that the earth trembled hundreds of kilometers around at the times of its activity. A particular "fire rate" has Strokkur, which spurts out transparent water for 7-8 meters every 10 minutes. Geysers made a revolution in the local economy. In the Icelandic capital Reykjavik, a smoke from pipes can’t be seen: there is no industry as houses are heated by hot springs water. There is no need to heat cold water but to cool hot one. The air pleasantly excites with the extraordinary purity and freshness. It is impossible to pass by numerous outdoor pools, they also use underground hot water and it is very nice to hide there from the local cold weather.

Iceland is also famous for its beautiful waterfalls. Rivers in the mountains begin high up during the warmer months due to the glaciers melting. Waterfalls are everywhere. Among the most famous and beautiful are "golden" Gullfoss, "waterfall of the gods" Goðafoss, cascades of Hraunfossar and the highest on the island Glymur. There are dozens of known named waterfalls and even a lot more unnamed.

Icelanders take a good care of their land. Vatnajökull National Park with its territory of more than a million of hectares is the biggest in Europe. Þingvellir National Park is listed as UNESCO Heritage site. It is here where in 930 the first Icelandic Parliament – Althing – was established, which is the oldest in the world.

"It’s been a long time that I wanted to visit the North of Iceland, to tread the mysterious icy mantle ..." – a popular song says. Every year thousands of visitors come to Iceland. The peace and charm of the "ice land", the opportunity to admire the virgin and untouched nature, to fish for trout and salmon in the lakes and rivers, to listen to romantic sagas and legends – all of that keeps inviting for a visit...

First of all we know as the birthplace of Denmark a great storyteller Hans Christian Andersen. His Mermaid has become a symbol of the whole country, as the Eiffel Tower or the Statue of Liberty.