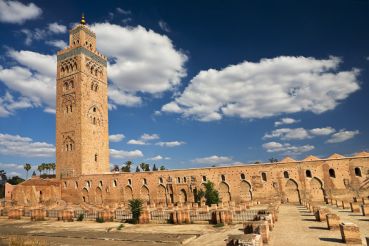 Our planet is full of amazing and unusual places. But there are some corners of the globe, where there is a special energy, they contain powerful forces of nature that help travelers and easily fulfill the cherished desire.

Perhaps Stonehenge most mysterious place in England . Until now, scientists scratching their heads, trying to solve the riddle of huge stones - megaliths. It is believed that they were the ancient people to communicate with the space of the universe. And, true, magical atmosphere that prevails in this corner of Albion, each year attracts thousands of curious tourists. Many come here to be healed, believing in the positive energy of the megaliths. Whoever touches the miracle stone will find luck in all matters.

In the vast green of Scotland is an island Marie. At its center stands Money oak bark is completely covered with coins. UK residents honored tree and believe that a coin stuck into its bark, brings happiness and desire to perform. The beginning of this tradition, Queen Victoria in 1877, when he first arrived on the island.

Italy is represented on the map desires several interesting places. Couples come to Verona hoping to ask a bronze statue of Juliet, the heroine of William Shakespeare's play, love and happiness for many years. For this we need a hand on the right breast of the statue. You can also go to Rome , to the Trevi Fountain . To wish fulfilled, it is worth turning to him and throw a coin. So, take out an annual urban services from the bottom of the Trevi more than 100 thousand euros.

Continues our list of St. Peter's Basilica in the Vatican. His building is considered the largest and most outstanding construction of the great Vatican. Worked on the cathedral past masters of the brush: Raphael and Michelangelo. In the central nave of the basilica is a statue of St. Peter. She attributed healing properties. Pilgrims are applied to the lips bronze foot of St. Peter, believing that any trouble pass side.

The most visited and famous landmark of Paris also fulfills the desire. If you stand under the arches of the Eiffel Tower in the center and just focus on your dream, it will surely come. However, the most magical and the best time for this ritual is the time when the tower light up hundreds of bright lights.

Lovers dream can come and acting in the Cathedral of St. Barbara. Magnificent Gothic church, one of the oldest in Central Europe, is located in Kutna Hora in the Czech Republic . According to legend, the huge statues of angels who welcome tourists in one of the interior walls, listening to the pleas of asylum. However, the angels desire to execute only if it does not hurt a soul in the world.

But not only in Europe believe in the power of desire. In the East, too short dreamers. For example, residents of Morocco believe in the magic power of a beautiful ancient mosque Koutoubia. For the execution of his dream, come to the mosque to stand under a full moon and minaret facing east. And looking at the moon, thought everything you want.

In Mexico, the Yucatan Peninsula is a mysterious place that nature itself. In the vicinity of the city of Chichen Itza is the so-called Well of death. Ancient Maya threw him young girls to appease the Spirit of Rain. And today, many tourists come to this amazing place to toss a coin and make a cherished his desire.

And this is not a complete list of all mysterious corners of the globe.Ancient people believed that any desire can be fulfilled. The main thing - it is faith.

Present-day Montserrat and ancient Pompeii. What are the similarities?

A city under the volcanic ash, hardened lava, abandoned houses... The atmosphere of chaos and fear still reigns in this area.

Slum Tourism: Another View of the World

Slum tourism is gaining more and more popularity in the world.
Feedback