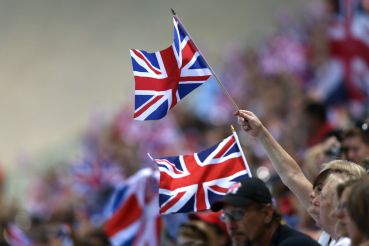 London is one of the oldest cities in the world. It steeped in more than 2000 years of history enduring much. It used to be the capital of the strongest and most powerful Empire of the world. And today, London is a cultural, economic and political centre of the United Kingdom, the very heart of it. Here, they respect and follow the traditions, which are deeply rooted in the ancient time. For example, the well-known “five o’clock tea”, an old and unique English tradition.

London is the icon of England, on the territory of which the following world famous attractions are located: Tower Bridge, Westminster Abbey, Big Ben, St Paul’s Cathedral, the Tower of London. Located nearby the city, Windsor Castle with its royal suits and ancient fortified constructions is another world famous attraction. Those historic places guard multi-centennial English traditions full of indescribable English spirit of chivalry and patriotism.

A visit to the capital is better to start from Westminster Abbey. For centuries the Abbey had a special meaning in the life of England. It is the place where the monarchs are crowned and where they have found their eternal peace. The church was built in Gothic style by the best English masters and it took many centuries to finish it. Its territory is a real mix of influences for a curious person who is interested in traditional attractions of the ancient cities of Europe. Westminster Abbey is regarded as an icon of English culture and history. It is a burial place of the royal family members and of many famous citizens of the country. Isaac Newton, Charles Darwin, William Shakespeare, Charles Dickens and many other writers, actors and statesmen were buried in the church.

The Abbey is open to the public daily, except on Sunday when traditional services are held here. Also, the church’s walls keep unique documents and original folios revealing the history of the Kingdom.

In the very heart of London there is another diamond of the Royal Crown – the Tower of London. This fortified medieval fortress was a secure place and a safe haven for the English kings. The names of its towers remind about a difficult past of the fortress: Bloody Tower, Bell Tower, Salt Tower, Well Tower.

The Tower of London was also a prison for enemies of the Crown. Here, the dark and damp basements keep the instruments of torture: axes, knives, pliers, hooks and blocks. Many people died within these walls in pain and suffering. Therefore, emotional people are not advised to visit this place. Undergoing through many reconstructions and restorations, even today the tower walls make a big impression on visitors.

On the west bank of London, on a high mound, one can see the walls of another impregnable English fortress – Windsor. In the past, it used to be a strategically important site, which controlled all inland trade routes on the River Thames. And nowadays, the castle is a country residence of the British Royal Family, having become a real symbol of power in the country. It is a venue of official meetings of heads of states, the most important international summits and negotiations.

Of course, there are many other attractions in London, but the mentioned above ones are the most important, which within centuries have preserved the unique English spirit of chivalry and great victories.

Iceland: a land of geysers and waterfalls

Iceland is a land of fantasy. It has waterfalls, geysers, majestic volcanoes, small lakes and rivers, scenic fjords with rocky shores, relict flora, rare species of birds and desolate deserts of rocks.

Some Useful Tips for Those Going to Visit South Africa