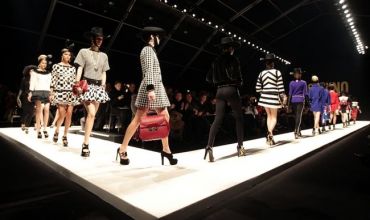 Many people think they can purchase a trendy cloth at any clothing store and there is no need to go somewhere else to look for it. But real connoisseurs of fashion believe that a designer object is worth of going for it to the edge of the world.

We start from Italy, the country, which is literary inhabited by stylish places. There is no need to say about Milano, the city, which for many years has been considered world’s fashion Mecca. Milano Fashion Week is a unique event, which draws a great attention of the world. Fashion runways in Milano are as exquisite, elaborated and unique as the country itself. And all of that because models demonstrate the fashion objects of such sharks of the fashion business as Dolce & Gabbana, Gucci, Prada, Versace, Valentino and many others. The world’s leading Fashion Houses present here women’s collections in February and men’s collections in June and January. During this time, guests and residents of Milano can watch the runways on big screens set up in squares around the city. Milano Fashion Week is also transmitted on-line. Annually, it brings Milano almost 1 billion Euro in profit.

Do you dream about shopping in Italy? Then, plan your trip during the season of big sales held during winter and summer. At this time, boutiques hold total sales, when prices drop down 30–40%, and maximum up to 70%.

And now, we go across the ocean to the USA. The local capital of fashion here is considered New York, the world’s megalopolis. It is here, where in 1943 the first in the world’s fashion history Fashion Week was held. New York is famous not only for its skyscrapers, but also for its renowned fashion designers, among whom: Michael Kors, Marc Jacobs, Vera Wang, Donna Karan. In September, designers present here their Spring-Summer collections, and in February – Autumn-Winter collections. New York Fashion Week is famous also for its scandals and innovations. American designers were the first ones who decided to reduce their expenses on models, dressing up their mannequins and displaying part of their collections on-line. Up to 500 million dollars is spent annually by celebrities during New York Fashion Week.

The capital of fashion in England is London. In September and February the city becomes the venue of one of four main world’s Fashion weeks considered the most democratic one, though. Here, the renowned designers present their trends on the same conditions as new ones. Only in London a designer’s object presented on the runway can be purchased for 20 dollars.

And, finally, Paris – the great capital of the French fashion, wrapped up in fleur of romance, elegance and “art de vivre”. Many world leading designers come here for inspiration. The reason could be in an ideal combination of France and fashion, the components of which ideally complement each other. Paris Fashion Week is more Haute Couture fashion and not a subject of commerce. Therefore, it is more attractive for a sophisticated public. The best Fashion Houses show their collections in Paris: Chanel, Karl Lagerfeld, Christian Dior. And those shows are attended by celebrities like Claudia Schiffer, Milla Jovovich, Kate Moss, politicians and even countries’ presidents. Every show here becomes a festival, a real show with the well-designed production.

Family Rest: A Trip to Spain

Spain is regarded highly and is a popular destination for family holidays.

Our planet is full of amazing and unusual places. But there are some corners of the globe, where there is a special energy, they contain powerful forces of nature that help travelers and easily fulfill the cherished desire.
Feedback